“I always enjoy your articles,” a friend told me. “Why don’t you write anymore?”

I explained I had been working on a degree in religion for several years. The only writing I’d done was for my university coursework—about such subjects as where the Hittites came from. Papers only my professors would ever read, and only, I suspect, because they are paid to.

“Oh, I don’t know,” my friend said. “I think the Hittites might be interesting.” Well, oka-a-ay, I thought. Let’s see.

Even before my studies I knew the Hittites were an ancient people mentioned several times in the Bible. After Sarah died, Abraham bought the cave of Machpelah near Hebron from the Hittites for a family burial site. 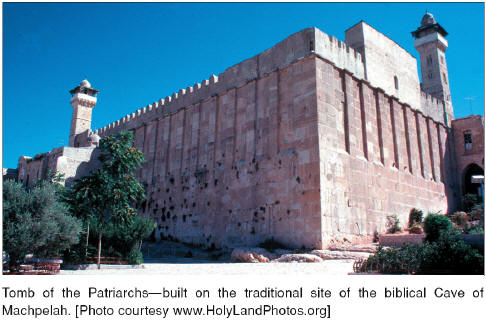 But I was surprised to learn historians and archaeologists didn’t believe the Hittites ever lived in the land of Canaan, and certainly not during the time of Abraham. At one time, some scholars doubted the Hittites ever existed at all, anywhere.

But after some significant 20th century archaeological finds, scholars now concur there were indeed such a people, but they were not the small tribes mentioned in the Bible. The Hittites were a major empire with a capital, Hattusha, located at Bogazkoy, about 100 miles east of Ankara in Anatolia, now part of Turkey, not even close to Canaan.

After extensive research, I had to admit archaeological finds so far have not confirmed a Hittite presence in Canaan during the period when Abraham lived (the second millennium B.C.E.). As far as archaeologists can tell, northern Hittite troops did not go farther south than Damascus. No neo-Hittite states (Hittites referred to in later books—1 and 2 Samuel, 1 and 2 Kings, 1 Chronicles) have been found south of Hamath, so that also excludes any territory in Canaan.

But, archaeological finds of Egyptian origin in Anatolia confirm records of the relations between the Hittites and Egyptians, powerful rivals on either side of Canaan. When the Hittites began extending their empire south into Syria, their successes caught the attention of the Egyptians. The two superpowers pushed each other back and forth for control of Syria and Canaan.

Isn’t this thrilling? Hang in there. I’m nearly done.

The Hittites led by Muwattalis won a major battle against the Egyptians and their king Rameses II at Kadesh on the Orontes River about 1300 B.C.E. Some years later a peace treaty was made between Rameses II and Hattusilis III.

Now here’s the interesting part. Archaeologists have come to realize the Anatolian Hittites and the Syrian Hittites are of the same peoples. Canaanite mythological tales were also found incorporated into Hittite mythology. So these peoples were certainly not isolated from one another

References to the Hittites in Canaan during Abraham’s time could also have been the biblical writers’ use of contemporary geographical terms. In other words, the Jews who many years later recorded these events in the Bible may have used the names of the people who occupied the territories during their own time rather than during Abraham’s time.

All the Hittites named in the Bible have Semitic names. So if they were Hittites of the old empire or neo-Hittites, they had been assimilated into the Semitic culture.

Numbers 13:29 is attributed to an early biblical writer, who tells us the Hittites “occupied the hill country” of Canaan. And this agrees with the story of Abraham purchasing the cave of Machpelah from the Hittites.

So although I could not definitely prove from archaeology that the Hittites were situated in Canaan at the time of Abraham, archaeological finds do reveal the close relationships between the two ancient superpowers—the Hittite Empire and Egypt.

The Hittites and the Egyptians traveled back and forth, over or around Canaan, to do battle or to try to cement peaceful relations, depending on what rulers were in power. Small families of Hittites could have ended up in Canaan.

So I found the Hittites. But maybe by now you wish I’d left my discovery with my professors.

Does it matter whether or not those people called Hittites in the Bible were really Hittites? Does it matter if Abraham bought a cave from a tribe that biblical writers many centuries later identified as Hittites, but which really were some other small tribe, with a different name?

What if archaeologists never find anything to prove conclusively Hittites were around during the time of Abraham or Joshua or the Judges? Or what if they do? Does it really matter?

It mattered to me once. I thought every word in the Bible, whether written in a poem or a psalm or a parable, was literally true and historically precise. If it were not, then could any of the Bible be trusted? I wouldn’t allow myself to entertain such thoughts.

After all, the Bible is the Word of God, and God does not lie. I still believe that, by the way.

While I realize archaeologists’ finds more often than not substantiate what is recorded in the Bible, I do not stake my faith on whether or not the Hittites lived in Canaan during the time of Abraham. The Word of God is inspired, but it was not written as a history textbook or a scientific journal.

The Bible was written to lead humanity to salvation in Christ Jesus, freedom from sin and death—not to give us a Hittite history lesson. There is power in the Word of God—power to transform your life and mine.

As the author of 2 Timothy says: “All Scripture is God-breathed and is useful for teaching, rebuking, correcting and training in righteousness” (2 Tim. 3:16).

God’s Word was written to change lives for the better, and couldn’t your life use a little changing? I know mine could.