Sixth page of photos from Transformed by Truth, between pages 128 and 129. Next page 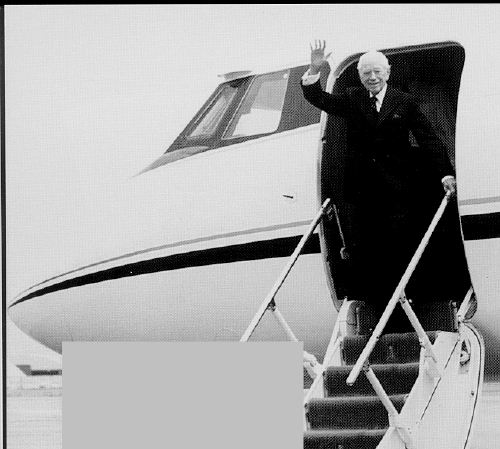 Left: Armstrong emerging from the church’s jet, which he used for world travel, meeting with political leaders in the 1970s and ’80s.

Below left: Armstrong celebrates the 50th anniversary edition of The Plain Truth (1984). At its peak, the magazine’s unpaid circulation exceeded 8 million copies. 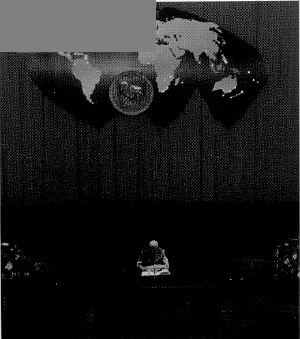 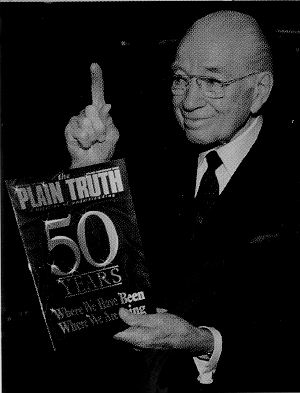 Below: In his later years Armstrong presents a message live from Pasadena, videotaped for congregations around the world. 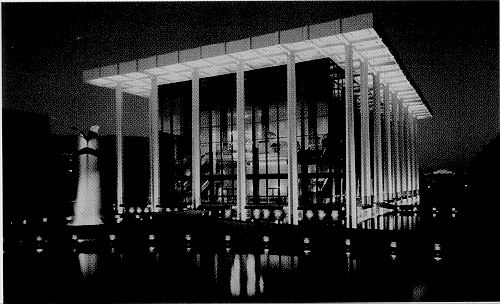 Below: Ambassador Auditorium, Pasadena, California, completed in 1974. The imposing edifice was the site of concerts featuring top classical and jazz performers for 20 years.