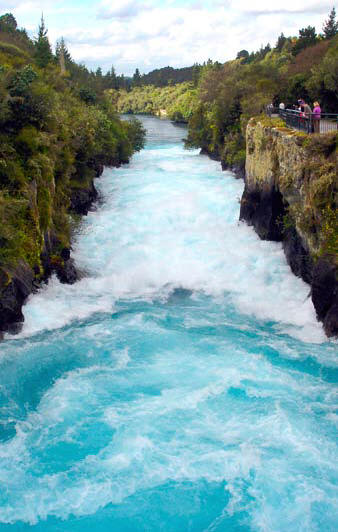 Right now, my country is parched — panting weakly in the throes of thirst. “Worst drought in history” is how our Prime Minister describes it.1 That’s saying a lot for an island that is two-thirds desert.

“Australia is going through a horrible transition as we adjust to climate change and there are places where farming isn’t going to be able to be continued,” says Professor Peter Cullen, of the Wentworth group of scientists.2 Josh Gordon reports in The Age newspaper: “The latest rural snapshot from the Bureau of Statistics…shows a mass exodus from the land, the lowest sheep and lamb numbers since the end of World War II and an ageing farm workforce.”3

Most of us live in cities, though, where glamour and glitz work their magic, masking the sad reality that the land itself is starting to die of thirst. Many of us can see a coastal thunderstorm clearing the street gutters and think the drought has broken. Those closest to the drought, however — the farmers — face a much harsher reality. According to a Reuters report in South Africa’s Independent Online, “every four days, a farmer commits suicide under the stress of failing crops, dying livestock and debt as the worst drought in 100 years bites deep into the nation’s psyche and erodes economic growth.”4 Unless sustained, seasonal rains come soon, we’ll learn the hard way just how long we can thrive on glamour and glitz.

It’s no mystery to me that the apostle Paul can describe creation as groaning in sore labor (Romans 8:22). I feel it, too! (verse 23). I’ve watched sunscorched, drought-dried leaves open up slowly during a shower of rain, fill and soften with life-restoring moisture, then stand upright again in silent thanks to their Father in heaven for relieving their plight. Browns and yellows restored to rich greens overnight. Experiencing up close a drought-breaking is an awesome experience. I long to see it happen again in my country.

Recently I visited Huka Falls in New Zealand, a narrow canyon through which bursts the crystal-clear, snow-fed Waikato River, bringing life to the many rich farmlands downstream. Objectively, there are higher, bigger, “better” falls, even in New Zealand. Huka, however, took away my breath in a single, precious moment. To appreciate why, I guess you have to have been there.

The saying goes that “when the student is ready the teacher will come.” Weighed down with thoughts of the drought back home, I was suddenly confronted with a roaring, gushing, bubbling, never-ending torrent of sparkling water, surging, crashing, shaking the ground beneath my feet with sheer brute force, charging the air with untamed, raw, irresistible intensity — the very air pulsating with its life-breath — erupting from a turbulent plunge-pool to continue its life-imparting journey through rich volcanic soils.

This was a place of God’s presence. Where God’s love for his creation is sovereign, there is life, hope and renewal.

I could tell you that the water was a wondrous shade of turquoise — but to fully appreciate just how wondrous, you’d have to have been there.

I could tell you that this mighty torrent shouted the very words of God: “Let there be life!” But to fully grasp this, you’d have to have been there.

Standing enveloped in the awesome aura of this vibrant handiwork of God, a similar scene dredged itself up from ancient memory banks of biblical images. The prophet Ezekiel describes a split in the Mount of Olives through which a torrent of living water flows from beneath the temple of God, bringing restoration, hope and life wherever it goes — to the ends of the earth. That scene wasn’t hard to imagine, standing there as I was, wrapped in a living example complete with sound effects to seriously challenge the very best sub-woofer:

“I saw water coming out from under the threshold of the temple…”; “he measured off a thousand cubits and then led me through water that was ankle-deep”; “another thousand cubits…knee-deep…another thousand…water that was up to the waist”; “another thousand…but now it was a river that I could not cross, because the water had risen and was deep enough to swim in — a river that no one could cross”; “a great number of trees on each side of the river”; “water flows toward the east…enters the [Dead] Sea.

“When it empties into the Sea, the water there becomes fresh”; “Swarms of living creatures will live wherever the river flows. There will be large numbers of fish, because this water flows there and makes the salt water fresh; so where the river flows everything will live”; “Fishermen will stand along the shore…fish will be of many kinds—like the fish of the Great Sea”; “Fruit trees of all kinds will grow on both banks of the river. Their leaves will not wither, nor will their fruit fail. Every month they will bear, because the water from the sanctuary flows to them. Their fruit will serve for food and their leaves for healing.”5

Literal or metaphorical? It doesn’t really matter. What’s more, I don’t really care. The intent is, unarguably, to reassure us in our thirsty, afflicted, polluted, grieving world that when God is sovereign, there is life and hope and rejuvenation on a scale vastly surpassing Huka Falls or anywhere else one might stand inspired on the earth today contemplating the kingdom of God in its fullness.

I’m back home now. The coast has had some more rain; many city-dwellers aren’t too immediately concerned about or focused (for the moment) on the drought that continues further inland, where our food should be produced.

The law of averages may break the drought, as it always has. But environmentalists seem to think we’ve been messing around too much with the law of averages, that past trends may not continue indefinitely. The phrase “impending disaster” is written and spoken more often these days. So I don’t know what lies immediately ahead for my “wide brown land.”6 I am, however, reassured that once Jesus Christ has completed his salvation work and the sovereignty of God is restored with humanity, that life, hope and rejuvenation are guaranteed.

Visiting Huka Falls hasn’t fixed the drought. But it’s done something profound for me. But I guess to appreciate just how reassuring that moment was, you’d have to have been there.

Then again, if you’ve ever been anywhere contemplating this world and yearning for the next, you have been there.

6 A reference to Dorothea Mackellar’s classic poem “My Country,” about Australia.