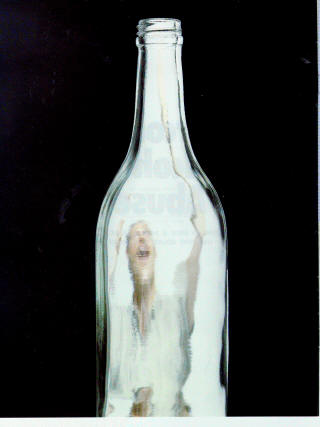 The slide into alcohol abuse can be gradual and subtle. Many in society use alcohol to cope with their daily problems, frustrations and feelings of inferiority. They have seen alcohol used in this way or carelessly allowed themselves to slip into this pattern because of unresolved stress or problems.

Alcohol abuse has already occurred when a person automatically reaches for alcohol whenever he or she has difficulties or emotional problems. Over a period of time a person can become psychologically addicted to alcohol as a method of coping with personal problems. By persistently keeping alcohol in the bloodstream, a person may alter the metabolism and become physically addicted to alcohol as well.

Alcohol should never be used to escape problems or to cure loneliness, boredom or depression. Using alcohol for such reasons is habit forming and it worsens, not solves, these problems. Alcohol is an anesthetizing drug. It should never be taken, even in small amounts, before making critical judgments, evaluations or decisions affecting your own or someone else’s life. It should never be mixed with medicines.

The Bible teaches us to resolve our problems the right way. God’s way to solve personal problems and frustrations is through prayer, seeking forgiveness and setting our minds and values aright or straightening out interpersonal wrongs. God’s way is not to first reach for an alcoholic drink!

From moderation to abuse

The slide into alcohol abuse and alcoholism can take many forms. The alcoholic is a person who has developed a psychological dependency on the drug alcohol, which is also usually coupled with a physiological dependency. He has no predictable control when he or she starts to drink.

In some alcohol abusers, physical and emotional problems occur when they start drinking, in others also when they stop drinking. Authorities note alcoholics develop varying patterns of conditioned cues — rhythms within their bodies and from their environment — that trigger alcoholic episodes. On one occasion some alcoholics may be able to moderate their drinking, but on another seemingly similar occasion they lose all control.

It sometimes takes many years for gradually increasing amounts of drinking to develop into a more noticeable phase of alcoholism. In some people, alcoholic patterns develop within weeks of first use. They seemingly lose control starting with their first drinks. The slide manifests itself with an increasing preoccupation with alcohol.

Alcoholism is a state when the cells of a victim’s body, the metabolic functioning, and the psychological responses become altered through drinking — although the alcoholic doesn’t realize it until really serious problems develop, and often not even then.

Some alcoholics drink daily, others in episodic patterns. Some stay dry for long intervals between binges. Some drink enormous quantities of alcohol when they drink, others do not. They may tipple throughout the day, keeping “mellow” but not obviously drunk.

In the past alcoholism was thought to travel through three progressive stages — heavy drinking, problem drinking and alcoholism — each with a distinct complex of symptoms. Doctors are discovering the condition is more complicated. It does not always follow a set pattern, but instead may assume varied forms.

In most cases of alcoholism, the alcoholic’s body becomes adapted to functioning with high levels of alcohol. Alcohol offers temporary relief to personal problems or inner cravings. Alcoholics do not see alcohol as a cause of their problems, but a solution. They feel it is essential and “normal” for their functioning. The deceptive cycle will continue until broken by abstinence from alcohol and proper treatment.

As alcoholism progresses, it may reach a point where alcohol tolerance lessens due to cell damage in the liver and nervous system. The alcoholic may no longer be able to tolerate large amounts of alcohol. He or she may lose the ability to judge how much to drink, and dangerously overdrink to serious sickness or unconsciousness.

Alcohol experts realize that while abuse of alcohol is frequently preceded by harmful drinking practices, or psychological and emotional problems, the drug reactions of alcohol itself also cause many damaging emotional and physical problems — such as irritation, moodiness, depression, compulsion, or flying off the handle. Alcoholism is a self-perpetuating condition.

Only 3 percent to 5 percent of the alcoholic population exists on Skid Row. Most maintain homes and families and hide their problem. The greatest roadblock to early and successful treatment of alcoholism has always been its prime symptom: denial. Alcoholics must stop using alcohol to have a chance at recovery. Skilled help is virtually always needed to help achieve it.

Most — but not all — alcoholics go from controlled social drinking to complete addiction in seven phases.