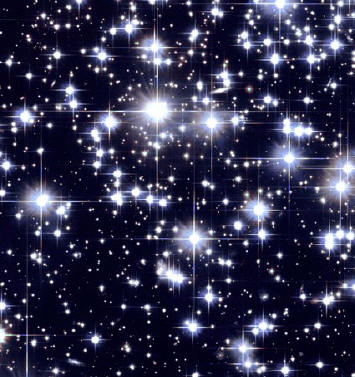 I recently spent a warm summer evening in the country reclining on a friend’s deck. I was amazed to be able to see the Milky Way, a rare treat for this city girl. As easy conversation ebbed and flowed we managed to identify the Big Dipper and the North Star, the sum total of our acumen about astronomy. We also spotted what must have been a satellite moving across the sky and gasped when we caught sight of a falling star.

Stretched out beneath that sparkling velvet canopy I felt very small, humbled by the vastness, yet at the same time, somehow very safe. Our deck conversation took on hushed tones as a sense of awe and reverence descended on us. We whispered and pointed late into the night.

My appetite whetted, I dragged my husband to an astronomy party at a lakeside park several weeks later. Astronomy club enthusiasts had telescopes pointing skyward and trained on points of interest. We admired star clusters and the moons of Jupiter. Members consulted star wheels, and foreign-sounding constellation names rolled off their tongues. They knew their way around the heavens like I know my way around the mall. As we stumbled back to our car in the dark, I was impressed with how much they knew and how much I didn’t. The contrast suddenly hit me. I’d gone from awe and wonder to ignorance and inadequacy.

What had happened to my childhood sense of wonder? Could it be that children experience wonder because they don’t yet understand how their world works? Waves on the seashore provide a fascinating playground until someone explains the rotation of the earth and the gravitational pull of the moon. Now I can predict when the tides go in and out and exactly how many hours I have to build a sandcastle. Handy information, but the wonder and adventure have been jeopardized. Suddenly I’m more calculating about my shell-hunting walks and sand art projects.

Ancient cultures worshipped the uncontrollable nature that existed around them—fire, wind, rain. We’re more sophisticated. We understand global weather patterns and can track severe weather, tornados and hurricanes. We don’t just admire birds in flight; we design and build jets that fly us coast to coast in a matter of hours. From the comfort of my couch I can tour the Earth and the heavens on an electronic screen. At a push of a button I can listen to a symphony orchestra or “read” a book while strolling along my park’s walking trail.

Progress? Undoubtedly. I’m thankful that we can improve and save lives via science and chemistry. But as we focus on details and reduce everything to its basic elements, I fear we too easily strip life of some of its mystery and wonder. How often do I allow myself to revel in the power of rain pounding on my patio roof, to be enchanted by wind sculpting dunes or mesmerized by the flames of a late night campfire? I never want to come to a point where I won’t see past scientific facts and figures and explanations to the astounding beauty that is all around me.

Now if you’ll excuse me, there’s a sunset out back that’s begging to be admired. I’m not going to think about the rotation of the earth, water droplets in the clouds and air-borne dust particles refracting light. I’m just going to enjoy the spectacle and allow God to wow me. •

Sue Berger is a massage therapist and a pastor’s wife. She enjoys nature, naps and writing.