One gloomy Sunday morning in February 2003, I looked out over my “congregation” in Lexington, Ohio—that week it was just three elderly folks and myself—and faced facts. This church was dying. “Lord God,” we prayed, “if we are going to survive, we must have children. Send us some children.”

This simple prayer began a chain of answered prayers that has transformed our moribund little congregation into a thriving group of people working together to serve their local community. Here is how it happened. 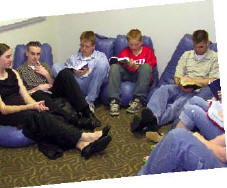 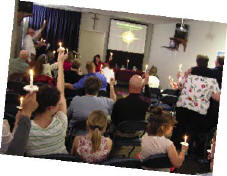 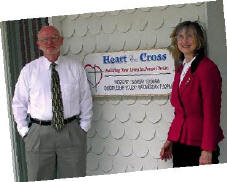 As we prayed we were moved to take a new look at Matthew 19:14. It occurred to us that we could “passively” forbid the children to come to Jesus simply by not seeking them. So as we continued to pray for children to love, we also asked for guidance, because we did not know how to look for them.

Three weeks later, two members from Marion (a city 32 miles away) brought their granddaughter to church. This was a new day for us. The whole congregation lavished their love on this precious girl. We each introduced ourselves and invited her to join us for lunch at a nearby restaurant. At the restaurant she truly seemed to enjoy the kindness and attention. The next week she brought two of her friends.

Two weeks later this same couple drove into the parking lot with five children crowded into their small Hyundai. The very same day a visitor came to the service. He saw the crowded car and remarked that we needed a van. We acknowledged the need and informed him that acquiring one did not seem possible. He said that he had a passenger van that he was willing to donate to us.

After receiving the van and preparing it for our use, we began to drive to Marion to pick up the children and take them home after church (two 65-mile round trips). The number of young people began to grow. Most of them were inner-city kids with serious “issues.” Our prayer changed from “send us children” to “Lord God, please help us love these that you are sending us.” 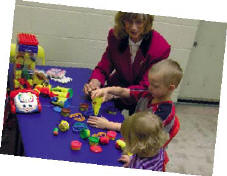 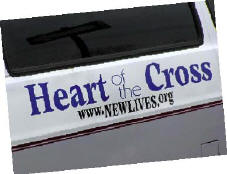 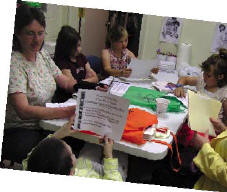 We found that we could not change them all, so we focused on a core few and spent extra time helping them see a brighter future in Jesus. These began to minister to each other. Time passed and we felt led by the Holy Spirit to move the congregation from Lexington to Marion, where all of the youth lived.

A search showed that there was a meeting hall available at the Southland Mall. The location was ideal, and the mall manager said we could use the facilities occasionally, but not on a regular basis. But the manager had another suggestion. The mall had a spare storage unit that had until recently been used as a store room, and was now vacant. The rent would be “only” $2000 a month.

We explained that our small congregation’s budget could allow for only $700 a month, and that included $150 for utilities. The mall manager looked dubious, but agreed to think about it. He phoned John a few days later with another offer. They could rent the spare unit for $550 a month plus $150 for utilities.

This could only have been the provision of God.

We refurbished the storage unit into a pleasant church sanctuary. Slowly, people started coming—some returning to worship with us after having left some years before. And some began bringing children. One couple brought their grandchildren, who had been abandoned by their parents.

God was answering our prayer for children. We were getting children who needed love—hurt kids, damaged kids, disturbed kids who had known only rejection, kids who had contemplated and even attempted suicide. One little boy was so traumatized that he would not speak. But he can sign, and has learned to proudly sign “Jesus loves me” with a big grin.

Sunday morning is now a gathering time of some unlikely church members, but God continues to pour out his precious Spirit upon us as we worship him. Our congregation has grown steadily, but we realized that we lacked the giftedness to really educate the children. We needed a properly qualified teacher. Another answer to prayer was needed.

A friend had painted the church’s website address on the side of our van. One day Anna Jones saw the van full of children, jotted down the web address, and contacted the pastor. Anna just happened to be a qualified Christian teacher who was looking for a church that could use her skills. And another prayer was answered.

Today Heart of the Cross has come a long way from being just a gathering of a few elderly folks. Today when the weekly sermon is given, our listeners are still middle aged or elderly, although there are many more than three. But from the back of the hall comes the sound of children happily engaged in a youth class. Smaller children are playing on equipment. In an adjacent room a group of teens is engaged in a lively Bible study.

Our services sparkle with activity and energy. Some of the children do have behavioral problems, but all respond eventually to love and genuine concern, which some had never really experienced before. We understand that children begin to form their worldview early, and we try to provide an environment of love and acceptance. A Thursday night service for teens is well attended with some of the youth bringing their school friends.

Four times a year, we close our service with a “Pass the Light” ceremony. As we sing “Go Light Your World,” each member holds a candle. Starting from the front, they light their neighbor’s candle, until the whole room glows with several dozen little lights. It is far from being an empty ritual. It symbolizes what this dynamic little congregation is all about.

This pastor has no doubt about what has happened. We asked God to send the suffering little children to us, and he did. We are living proof that “when you are down to nothing, God is up to something.”