During the Communist era, Bulgaria was one of the regimes hostile toward Christianity. In spite of constant harassment and persecution, some believers found ways to keep their light shining. Nikolay Nikolov, GCI’s representative in Bulgaria, talked to Christian Odyssey about his life and work. 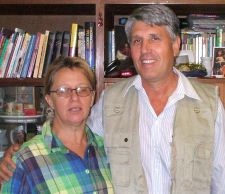 Christian Odyssey: How did you become a Christian?

Nikolay Nikolov: I was born into a Christian family. I am very thankful toward God and my parents. Every day they found time to read with us in the Bible. Jesus was the center of our family.

CO: What was it like to be a Christian during the Communist era? 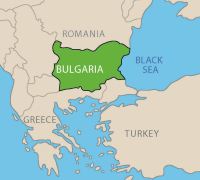 NN: To the Communists, every Christian was an enemy. Christians were given the worst jobs and were continually watched by their neighbors and the secret police. If you didn’t join the political demonstrations and party meetings, you were penalized. This could mean you would receive only half a salary. If your boss was in the leadership of the party, you could lose your job. We were forced to accept any kind of work—no matter what kind of job—to be able to feed our family and survive.

In school, the children of Christians were also seen as enemies of the state. The required identity cards had a special mark to indicate that you were a Christian. You couldn’t climb the ladder of success or go to university. If a university did allow you study, they would put great pressure on you to be far better than all the others.

The police had the right to search through your house and they could take all your Christian literature and even fine or penalize you.

Our church building in Jambol was destroyed five times. The Communists would wait until the church was rebuilt, and then they would destroy it again. They kept telling us that they were going to build a Kindergarten or a school on what had been church grounds. The goal of the Communists was to weaken Christians financially, to humble them and to show them who was in charge.

Toward the end of the Communist era, things eased up just a little. The Adventist, Methodist, Protestant, and Pentecostal churches were consolidated into one group. All church services had to be held in a place designated by the government and the pastor was appointed by the state. The goal was to give the appearance of freedom of religion, but to stay in control.

Christians who were active in spreading the good news at the workplace or among neighbors lost their jobs or were forced to leave the city. Most Christians were resettled in agricultural areas where there was no industry and very few jobs. The state often replaced the pastors or they were thrown into prison without a proper trial or conviction. Lots of families were destroyed in this way. But God always sent us pastors with the adequate character.

CO: Tell us about your clandestine printing press.

NN: During the reign of the Communists, only the Orthodox Church was allowed to print Christian literature, and only a very limited amount. It was forbidden to own a private printing press. But my brother told me he had seen an old printing machine in a junkyard in a neighboring city. The machine—a Rotaprint Din A3—was in awful condition. Several of us decided we would each buy and repair one piece of the machine. Then we put it all together. We decided to print a magazine in the Bulgarian language with this old machine. We didn’t have any printing paper. Only old packaging paper was available. So each of us bought packets of 20 sheets until we had enough to print the magazine.

We had to buy ink and printing plates from the state-owned printing companies. That meant we were always watched. The house where we had the printing machine was searched a few times and we were occasionally arrested. But we hadn’t broken any laws, and we never printed any political or anti-government material, so they let us go. The worst thing was that the printed magazines were confiscated and destroyed.

CO: How did you come into contact with our denomination?

NN: On a visit to the city of Zwickau, in the former DDR (East Germany), I received a magazine that contained a card to order the church magazine Klar & Wahr. So I ordered the magazine. Later on I translated a few articles and published them. Some of these articles were used as German lessons in the secondary schools. Then the German teachers asked me if I would contact the church headquarters to see if we were allowed to translate the entire magazine.

That’s how I got into contact with Santiago Lange (GCI’s National Director in Germany). He and the churches in Germany and the Netherlands have been great supporters. They provided us with a printing machine, articles, paper and, later, with another folding and printing machine. I am very thankful to God, and to Santiago Lange, Frans Danenberg and our sisters and brothers in Germany and the Netherlands! They also continue to support some orphanages and other charitable projects in Bulgaria.

CO: Do you still publish your magazines and other literature in Russian and Bulgarian?

NN: Sadly, no. The last issues were printed and circulated in September 2010. The problem now is not persecution, but a shortage of finances. We are not currently able to buy the paper, ink and the necessary parts for our printing press. I am praying that we will be able to reach more people. There are a number of minority groups such as Turks, Gypsies, Jews, and Armenians who are also living in my country.

What we need most in Bulgaria is not bread, not health, not money, but Christ. One can have many things in life, but in the end one still feels empty. There is nothing that can replace God. Our mission is to bring to the people what we have personally experienced with Jesus—his truth, his righteousness, and his love.