In the year A.D. 57, Paul was on his third missionary journey, getting ready to go back to Jerusalem with an offering from the churches in Greece. Although he knew he had enemies in Jerusalem, he was already thinking about his fourth missionary trip. He wanted to go to Spain, and the best travel route would take him through Rome. This could work out well, Paul thought. There are already Christians in Rome, and they might be willing to support my trip to Spain, just as the Antioch church supported my earlier missionary journeys and the Macedonian churches supported me while I was in southern Greece.

So Paul decided to write to the Roman Christians to let them know that he planned to come to Rome and then go to Spain — and that he would appreciate some support. However, Paul had a problem: the Roman Christians had heard some erroneous rumors about what Paul preached. To prevent misunderstanding, Paul explains what the gospel is, so they will know what they are being asked to support.

But that is only the first half of Romans. In the second half, Paul deals with some problems that existed in the Roman churches — especially the tension between Jewish Christians and Gentile Christians. Paul uses part of his letter to discuss Jew-Gentile relationships in God’s plan, and Christian conduct and love for others. He tries to give these Christians some doctrinal foundation for unity.

We do not know whether Paul made it to Spain, but his letter was a tremendous success in other ways. It has been valued throughout church history as the most doctrinally complete letter that Paul wrote. It is the letter that sparked the Reformation. It influenced Martin Luther and John Wesley and countless others. It provides the benchmark for all studies of Paul’s theology, and because of that, it is a cornerstone for understanding the doctrines of the early church. 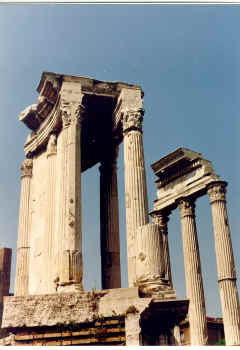 Introduction to the gospel

Paul begins, as Greek letters normally did, by identifying himself: “Paul, a servant of Jesus Christ, called to be an apostle, set apart for the gospel of God…” (verse 1, New Revised Standard Version used in chapters 1-4). Paul identifies himself as a slave who has been commanded to spend his time on the gospel. He is sent by the master with the message of God.

Greek letters normally began by naming the sender, and then the recipients. But Paul is so focused on the gospel that, before he names the readers, he goes into a five-verse digression about the gospel. In effect, he puts his message at the top, before he even gets to the Dear so-and-so line. This makes it clear that his letter is about the gospel: “Which he promised beforehand through his prophets in the holy scriptures” (verse 2). Paul begins by linking the gospel to the Old Testament promises (as he also does in 1 Corinthians 15:3-4). This provides a point of stability for Gentile readers, and some reassurance for Jewish readers.

God’s message is “concerning his Son.” It is about the Son of God; the promises found in the Old Testament are fulfilled in Jesus Christ, “who was descended from David according to the flesh” (Romans 1:3). The gospel is again connected with the Old Testament past; Paul’s words will appeal to his Jewish readers and remind the Gentile readers of their Jewish roots.

The Son is a descendant of King David. However, by saying “according to the flesh,” Paul implies that something more than flesh is also involved. This person at the center of the gospel is not merely a human; he is also the Son of God in a way that other people are not.

But the gospel does not stop with Jesus. It also includes us: “through whom we have received grace and apostleship to bring about the obedience of faith among all the Gentiles for the sake of his name” (verse 5). Paul will say more about grace and obedience later in his letter. But he says here that “we” have not only received grace, but also apostleship. Paul is referring to his commission to take the gospel to the non-Jewish peoples, and by “we” he means the small number of people who were working with him in this special mission, such as Timothy. They have received the grace, the divine gift, of spreading the gospel.

He connects the gospel to the readers in verse 6: “including yourselves who are called to belong to Jesus Christ.” The gospel says that believers belong to Christ, and that is good news.

After this introductory description of the gospel, Paul gets back to the normal letter format by stating the recipients of the letter: “To all God’s beloved in Rome, who are called to be saints: Grace to you and peace from God our Father and the Lord Jesus Christ” (verse 7). Paul does not greet “the church of God that is at Rome.” He does not speak of it as a unity. (Chapter 16 suggests that there were several house churches.) Nor does he write to any particular church leaders. Instead, perhaps because he is not sure how this letter will be delivered, he addresses it directly to the believers.

A prayer of thanks

Greek letters often included a prayer of thanksgiving to one of the gods, and Paul adapts this custom, thanking the true God: “First, I thank my God through Jesus Christ for all of you, because your faith is proclaimed throughout the world” (verse 8). This tells us that Paul prayed through Christ, and it also tells us that “all the world” doesn’t always mean the entire earth. In this case, it means the eastern Roman Empire. It was a figure of speech, not a geographical fact.

Paul gave God the credit for these people’s faith. He didn’t thank the people for believing — he thanked God, because God is the one who enables people to believe. Of our own, we would turn away. Even if we have only a small amount of faith, we need to thank God as the one who gives us that faith.

In verse 9, Paul calls God as his witness, to stress that he is telling the truth: “For God, whom I serve with my spirit by announcing the gospel of his Son, is my witness that without ceasing I remember you always in my prayers.” People today might say, “God knows that I pray for you all the time.” Paul adds that he serves God with his whole heart in preaching the gospel of his Son. He is keeping the gospel in the discussion, keeping his role as a servant in the context. These are his credentials; this is what his life is about. Paul’s authority does not rest on himself, but on his role as a servant of God. He is doing only what God wants, and the people therefore need to listen to what he says. 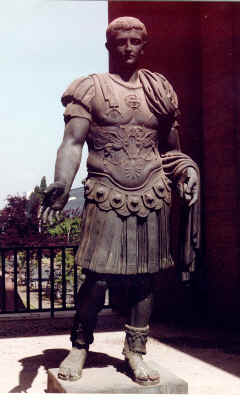 In verse 10 he adds something else: “asking that by God’s will I may somehow at last succeed in coming to you.” Paul is telling them that he hopes to visit them. This helps create a relationship between the author and the recipients.

“I am longing to see you,” he says in verse 11, “so that I may share with you some spiritual gift to strengthen you.” He wanted to help them — but he quickly adds, “or rather so that we may be mutually encouraged by each other’s faith, both yours and mine” (verse 12). Paul would be encouraged by them — at least, he hopes he would be! If I were there in person, he seems to be saying, we would both benefit. But since this is only a letter, the communication can go only one way, and this letter is Paul’s attempt to give them a spiritual gift to strengthen them.

Paul’s plan is not a spur-of-the-moment idea. “I want you to know, brothers and sisters, that I have often intended to come to you (but thus far have been prevented), in order that I may reap some harvest among you as I have among the rest of the Gentiles” (verse 13). Paul has often thought of going to Rome. Even when Paul lived in Jerusalem, he would have met people from Rome and would have heard stories about it. Paul has already gone as far as Greece — why not go farther, to the capital of the Empire, where many Jews had already gone? But so far, circumstances prevented Paul from doing it.

Why did Paul want to come? He wanted a harvest — he wanted more people to accept the gospel of Christ. Although many Jews lived in Rome, Paul focused on the Gentiles. They were his primary mission field, even if he went to the synagogues first. In the synagogues, Paul could find Gentiles who were prepared to receive the gospel.

An obligation to preach

“I am a debtor both to Greeks and to barbarians, both to the wise and to the foolish—hence my eagerness to proclaim the gospel to you also who are in Rome” (verses 14-15). Paul wanted to preach to everyone, and that’s why he wanted to preach in Rome, as well.

“For I am not ashamed of the gospel,” he says in verse 16. He has already used the word gospel twice and given a couple of descriptions of it. He has stressed that this is his calling in life, his duty before God. He is not ashamed of the gospel — and he doesn’t want the Romans to be ashamed of it, either. He describes it again in verse 16: “it is the power of God for salvation to everyone who has faith, to the Jew first and also to the Greek.” The gospel is the way that God saves people.

Technically, we are saved by Christ, by what he has done for us. But the gospel is the means by which we learn of that salvation and the way in which we receive it. The gospel is the power of salvation because it tells us about salvation. God uses the gospel to bring salvation to everyone who accepts the message, to everyone who trusts in Christ (since Christ is the center of the message, accepting the gospel means accepting Christ as well). Paul is not ashamed of the gospel because it is the message of eternal life. It is nothing to be ashamed of — it is something to be shared with everyone, both Jews and Gentiles.

Is Paul saying that God’s righteousness is through faith? No, he is not talking about the way that God is righteous—he is talking about how his righteousness is revealed. We learn about it through faith, through believing the gospel. It is revealed through faith for faith, or literally, “from faith to faith.” Perhaps the best explanation of this phrase is that the Greek word for faith (pistis) can mean “faithfulness” as well as “belief.” When we come to believe in God’s righteousness, we respond by being faithful to him. We move from faith to faithfulness. Paul is not trying to explain it at this point; he is using a phrase that will make people want to continue reading to see how he will explain it.