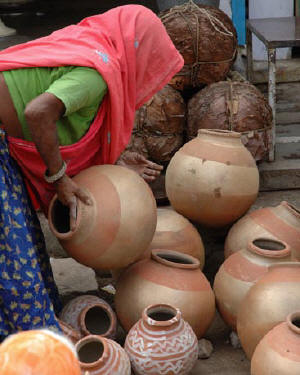 Mention the word “slavery” and what comes to mind? Probably Abraham Lincoln and the Emancipation Proclamation of 1863. Or perhaps the long struggle of men and women such as William Wilberforce to end Britain’s transatlantic slave trade in 1807.

Unfortunately, the systematic abuse of human persons bought and sold for the profits of their service—legal and otherwise—is still very much with us. Consider these facts:

These shocking facts fly in the face of the 1948 Universal Declaration of Human Rights and the 1956 UN Supplementary Convention on the Abolition of Slavery, the Slave Trade and Institutions and Practices Similar to Slavery. Slavery has morphed, learning to fly under the radar, but the misery it creates is unchanged. People in poor or war-torn countries are often lured with fake visas and passes into a foreign country by an unscrupulous “employer” who controls them through propaganda, mental or physical abuse or the threat of being handed over to the authorities.

Modern slaves are not invisible. They could be as close as the back room of your favorite restaurant or the construction site you pass every day.

In August 1995, Californians were shocked to learn of 72 garment workers held for seven years in a roach-infested apartment complex behind a wire fence in a thriving suburb of metropolitan Los Angeles. The workers, mostly women from Thailand, were promised high-paying sewing jobs in the United States. On arrival their passports were confiscated and they were forced to work 16-hour shifts for 70 cents an hour in a suburban garage with no ventilation and behind shuttered windows. The slaveholders established a commissary where a bar of soap sold for $20 and a bag of rice for $10. There was seemingly no escape.

Thanks to an alert citizenry, the Southern California case made the headlines and became a case study in modern slavery—working under mental or physical threats and/or abuse, dehumanization, physical constraint and restriction. Today “bonded labor” is quite common in the twilight zone of human misery. This refers to hapless individuals being conned into taking loans, perhaps to pay for medicine for a sick child. People sign on to pay the debt and never get out of servitude for the price of food and shelter. David Batstone estimates there are at least 15 million bonded slaves in India, Pakistan, Bangladesh, and Nepal.

The world refugee crisis has made the problem worse. European Union agents find themselves awash in the flood of 120,000 women and children trafficked from Africa or the former Soviet Union. Ninety percent end up coerced into Europe’s proliferating sex industry. Handsome profits are made from unpaid servitude, perhaps as much as $9.5 billion each year.

The good news is that concerned voices—Christian and otherwise—are beginning to rise up against these abuses. Modern-day abolitionists have been active in everything from starting micro-enterprises to creating sustainable jobs for ex-slaves or discreetly researching overseas projects connected to their companies, suppliers or subcontractors. Some businesses have been persuaded by anti-slavery advocates to formally pledge zero tolerance for human trafficking and to enhance or institute anti-slavery laws.

David Arkless of Manpower, the world’s largest private employer, is one of them. He was so shocked by the extent of modern-day exploitation that he launched a one-man campaign to get the world’s top corporations to sign the Athens Declaration against human trafficking.

With the help of these and other groups, Christians can organize, advertise the problem, set up a booth in the back of the church, write letters, and make some noise in their communities.

Sometimes we read history and sometimes we are called on to make history. Our choices will be noted by future generations, just as Christians today are inspired by the Wilberforces and abolitionists who went before them. The words of Christ are a call to action: “He has sent me to proclaim freedom for the prisoners, and recovery of sight for the blind, to release the oppressed, to proclaim the year of the Lord’s favor” (Luke 4:18-19). May we answer the call! •

1 Sources: David Batstone, Not for Sale: The Return of the Global Slave Trade and How We Can Fight It; Kevin Bales, Disposable People; John McKay et al., A History of World Societies: Volume B, pages 610-611.

Author: Curtis May and Neil Earle