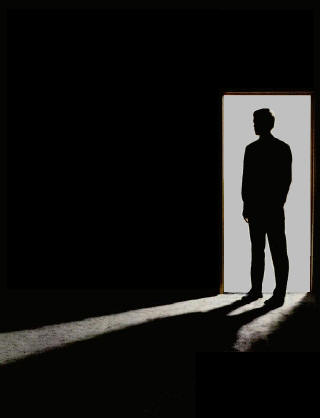 By age 30, probably most of his boyhood friends had already married. Maybe they had little children who scurried around him when he went for visits. Maybe he was also asked repeatedly if he was ever going to settle down. He had many friends, but he had no wife or children to come home to. He had no home of his own, though he was able to enjoy visiting homes of other friends. Maybe other people figured that because he was taking care of an older parent, there was no time for romance and love to blossom for him.

He had a strong sense of who he was and where he was going, but he was keenly aware of how it felt to be so different that he was considered a threat by many. His company was sought out by other people, he engaged in heated debates, he knew how to laugh until it ached, he knew how to play with little children, but there were times when he cried and sometimes felt extremely lonely and alone. He is usually not thought of in this way, but Jesus was a single adult. He was a single man in a time when men weren’t supposed to be single.

The number of single adults is rising rapidly. A number of factors are fueling this phenomenon: trend toward later marriage, collapse of marriages and even our changing values. Many people do not marry until age 30, and quite a few marry even later – a big departure from what the previous generation deemed normative in their time.

How can we address the needs of the single men and women in our churches? Here are some suggestions:

Work on changing our attitudes toward singles

Have you considered your attitudes toward single adults in your congregation? Do they feel left out because we lack programs to meet their needs? Such a lack is a reflection that we do not understand them, or worse, we do not have the desire to understand their struggles (particularly those who were made single again due to marital difficulties).

The attitudes of some toward the singles in our churches can be challenged from our pulpits. While some would encourage singles by telling them that we are complete in Christ, yet in the same breath, they make singles feel incomplete by asking if they are ever going to marry. Single men are often viewed as lacking in “macho-ness” if they have reached a certain age and are still unattached.

Maybe we can encourage more married couples to welcome our singles into the church and into their homes. Maybe it is helpful to remind everyone from time to time that Jesus and Paul were single. And their being single did not have any diminishing effects on their ministries – indeed, it helped them. I remember some years back when I was a ministerial trainee (single person at that time) and after giving a sermon, one man approached me to thank me for the message, only to say that “Your message could have been more powerful if you were married.” And yet my sermon was on a point of doctrine, and even after years of marriage, I still do not know how my marital status could have made the message any better. But this illustrates the bias that some people have against singleness.

Maybe we can organize more activities that would cater to all adults whether married or un-married. I remember in 1995 and 1996 when our church organized a 130 km relay marathon. Weeks of training, practice and discussions over how the event would be carried out bonded people from all ages. When the group reached the end of the relay, it was a celebration for the whole church family. Being single at that time, I thoroughly enjoyed the natural integration of church members in our collective effort to finish the race.

The reason that some young people are single is because we married people have failed to set a good example. Our young people need a clear demonstration of stable marriages and families. Due to societal influence, most of the young adults have started subscribing to distorted and nonbiblical views of marriage. This is where their experience in previous relationships becomes more the rule in guiding their relationships, and they do not look to the Word of God for guidance.

Teaching them about healthy marriage and families and modeling these to them is a big responsibility we have for our young people and singles to have a balanced perspective on married and family relationships. Additionally, we can encourage the fathers in our church to be more active in parenting and for couples to be more involved in marriage building. Nothing could be more discouraging for a single person who may be struggling with intimacy issues that to see married couples who are unhappy together or are living as “married singles.”

Encourage our singles to be active in their faith

We can help our singles by modeling our faith and trust in God for our present and future needs, by helping them deal with their personal problems and struggles, and encouraging them to reach out to others in a spirit of giving and friendship. We can coach them into evaluating their life goals periodically. We can remind them to work on developing a balanced life that combines all aspects including worship, work, play, rest and periods of being in community and solitude. Being active and involved in meaningful activities would greatly help a single person find a significant niche in our church life.

While integration into church life is an important concern, there are programs we can have to meet the unique needs of singles. Our activities must be determined by a balanced view of singleness. Activities that do not emphasize matchmaking or dating, and those that are sensitive to the personal and spiritual needs of the singles, would be more effective. Our programs may be crafted to appeal to their varying interests and individual differences. For example, the needs of an older widow are different from those of an unmarried college student. Our ministries to them may focus on teaching, discipling, worship, social activities and opportunities for service.

Singleness is not an affliction, and neither is it an impairment for many singles who are living fulfilling and productive lives. While some of the struggles they face are not isolated from what married people encounter, there are however unique challenges in being single. To be a single person is not to be second class or second best. Our singles have every potential for developing full, meaningful, Christ-centered lifestyles. The church and our individual families can affirm our singles and help foster this reality.