So you think you’re “just a nobody”?

It doesn’t matter to God what you think about yourself. It’s what he thinks that counts, and he thinks you’re his special operations agent.

Take the kid on the shore of the Sea of Galilee I’m going to introduce you to.

In Jesus’ day, kids were on the low end of the totem pole. As low as women were in that culture, children were even lower. But when the time came for someone to step forward with the seeds of one of Jesus’ greatest miracles, our Savior called on a “mere” kid, a “nobody.” 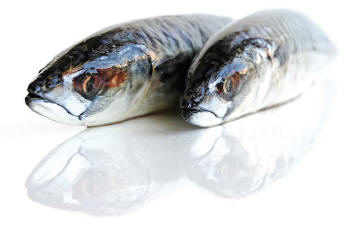 It wasn’t by accident. Jesus was making a point, and it was a point intended for you and me. Because when it comes to confidence in serving God, most of us figure we’ve got nothing worthwhile to offer.

A large crowd was following Jesus because they saw that he was healing sick people (read the story in John 6:1-15). Needing a break, Jesus took the disciples up the mountain to get away for a while, but the crowd kept coming.

So Jesus turned to Philip and asked him where they were going to buy bread to feed all those people. He was actually teasing Philip with the question, because he already knew what he was going to do, and it wasn’t to wipe out the inventories of all the Gergasene bakers.

“Are you kidding? We haven’t got close to that kind of money between us,” Philip must have sputtered.

Andrew chimed in, maybe with a little sarcasm, “Well, there’s a kid here with five barley loaves and a couple of fishes. That’s not quite going to cut it for five thousand mouths, though, is it?”

That’s what Jesus was waiting to hear. “Make the people sit down,” he said. So the disciples found a huge grassy area and directed the crowd to settle in. Then Jesus took the loaves and fishes that the boy “happened” to bring along and was willing to turn over to the Master. Jesus gave thanks for the meager offering and passed it out, feeding everyone until they were full.

“Maybe you figure that whatever you have makes no difference, but what you consider unimportant Jesus considers precious.”

When everyone had eaten enough, Jesus told the disciples to pick up the leftovers. He didn’t want any part of that tiny offering to go to waste.

The kid didn’t have much, and he didn’t do much, but what he had and what he did played a pivotal role in what Jesus had decided to do. In terms of social standing and in terms of prestige, notoriety or position, the boy had none. But Jesus knew him and knew what he had to offer. Not much by human standards, but plenty enough to be a part of the Lord’s great work of love in the world.

Maybe you figure that you don’t have much either. Maybe you figure that whatever you have makes no difference in the great scheme of things. But Jesus used that boy and his knapsack of bread and fishes on the lakeshore to tell you otherwise. It’s Christ’s work that matters, and he wants you involved in it. What you consider small and unimportant he considers precious, and he can use it to do great things.

So don’t hide behind the hot dog stand when you could step up to bat. Jesus wants you in the game, and he can turn your awkward swing into a base hit if you’ll only give him the chance. Trust him. You’re his special operations agent.

And it’s all because he loves you. He wants you there alongside him in what he’s doing because he really does like you and enjoy your company. And even if all you can do is hand him a drink of water once in a while or simply say, “That’s really cool, Lord,” you are important to him. You’re not a nobody to Jesus. Never were. Never will be.