I have wanted to go to Ecuador ever since I heard Danny Oertli perform his song “God Will Repay” at a children’s ministry conference. The song was written to a child he had sponsored and finally got to meet.

“Well for years we’ve had your picture on our refrigerator door.
It’s good to see your brown eyes face to face.
Even if it’s in this musty bus in Quito, Ecuador,
There is something very holy in this place.” 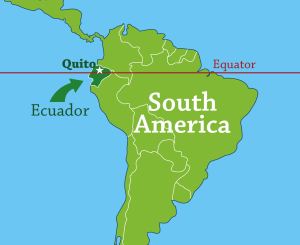 Last fall, I was invited to visit this “holy place.” A colleague of mine who directs DoMissions for Dominion Christian High School asked me if I’d be interested in helping chaperone teenagers on a mission trip to Ecuador in June 2011. On the spot I told him to count me in.

Our trip details were organized by Extreme Response (ER), a Christian organization dedicated to “Changing Lives” around the globe. Its website, extremeresponse.org, indicates its goals: “serving and caring for the needs of the poor; responding in compassion and love; partnering with organizations serving children and families at risk; and empowering people to help others around the world.”

On June 1, dressed in our brown “Changing Lives” T-shirts, we met at the Atlanta airport and flew down to Quito. Paul Fernane, an ER coordinator, met us at the airport, from where we drove to the ER building in Quito, which would be our home for the next ten days.

Early each morning, we traveled by bus in the shadow of Cotapaxi, a snow-capped volcano, for about 30 minutes to the town of Pifo. Half our group worked at Peniel Christian Elementary School, scraping and painting the buildings and building benches for the on-site church. Beautiful little smiling children, dressed in school uniforms, took turns popping out of their classrooms to give us hugs and to practice their English.

The other half of our crew traveled a bit further to Bethel High School, where the teens dove into the hard work of pouring cement and building an outdoor basketball court and bleachers. (The most challenging point in the trip for me came on the last day when we were expected to play basketball against the Ecuadoran students on the new court. I thought I might need to see the inner workings of an Ecuadoran medical clinic.)

Each afternoon we met back at the elementary school for lunch and to conduct escuela biblica, or Vacation Bible School (VBS), which was the part of the program I had been asked to organize. I gave our teens opportunities to lead worship, play instruments, organize crafts and games, making costumes for our El Fruto del Espiritu theme, read Bible verses in Spanish, put on puppet shows, and act out Bible stories.

I soon learned a lesson about working in other cultures. I had planned to divide the children into age groups and rotate through activities. Nick had suggested that I abandon the plan, but I didn’t listen. During the first afternoon, it became evident that the children were not going to separate into age groups, that older children were taking care of young siblings and cousins. However, boys and girls wanted to be in separate groups.

Our second night in Quito was a spiritual highlight for me. We participated in another ER ministry to the people who work and live in the city’s Zambiza Dump, digging in the garbage for anything that could be recycled. ER works with local Pastor Jose Jimenez to provide an on-site medical clinic, daycare center and preschool. It was there that we met the night workers, prayed with them, served them a meal and sang with them.

On Sunday we worshipped in Spanish with the Good Shepherd congregation and then journeyed to mitad del mundo, the “middle of the world,” where we lined up for a photo with a foot on either side of the equator.

This was my first short-term mission trip, and before I went I was skeptical about such trips, wondering how much good can possibly be accomplished in a week, especially with a language barrier. Were these trips just a new kind of vacation designed to help people feel better about themselves? I wanted to find out.

We worked hard to make improvements in the daily lives of some children in Ecuador, and to share the joy of God’s truth through fun activities in VBS. We were just one group of many who are participating in the ongoing great work of our loving God in Ecuador. ER attracts not only Christians, but also individuals, many of whom are college-aged, from around the world simply looking for service opportunities. Although they may not be professing Christians, they learn about Jesus from ministering alongside the Christian volunteers, such as the teens in our group. Working alongside us most days was a student from Scotland and another from Austria who were spending their summer in Ecuador.

I was amazed to witness what happened to our teenagers in such a short time. They were transformed by the spiritual law that it is more blessed to give than to receive. During nightly debriefings and devotions, the teens, often in tears, tried to find words to express what it felt like to make a difference, and to receive acceptance and joy from the people we were trying to serve. Having the little ones smile, hug them and play with them helped the teens feel God’s unconditional love, which crossed the language barrier. They also learned the value of hard work and surprised themselves in what they could accomplish without complaining.

Mission work in our own communities and country is important, and can achieve similar transformation. But going to a developing country, away from TV, computers, the mall and cell-phone coverage, gave us an appreciation for what matters. Conversations among our teens became more meaningful. They cared less about acting cool and looking good. They felt loved, beautiful, important, and worthwhile from participating in God’s work. All they wanted to do in the mornings was get to work and see the kids. And they were in daily awe of the Creator who made the spectacular Andes Mountains.

As Danny Oertli puts it in his song, “God Will Repay,” participating in missions enables us to “realize the joy that Jesus feels in bringing hope.” 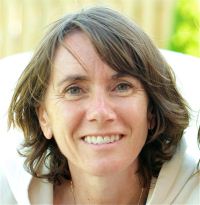 After returning to the United States from Ecuador and recounting Carlamy experience in Quito’s Zambiza dump, a film-buff friend recommended I see the documentary, Wasteland, about how artist Vik Muniz changes the lives of catadores, garbage pickers, in Rio de Janeiro’s dump, the world’s largest landfill. This inspiring film illustrates the transformational power to change lives that comes from sharing the good news that all people are loved, are beautiful, and are God’s artwork. For more information, go to: wastelandmovie.com/vik-muniz.html