Christians, Jews, and atheists agree that Jesus was crucified and buried. The crucial belief for Christianity is that he was also resurrected — as evidence that he is the Son of God, the teacher of truth, the door and the way of salvation, the firstfruits of the resurrection. There is good evidence for his resurrection. 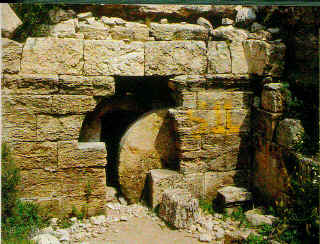 First, most historians agree that the early disciples believed that Jesus had risen from the dead. Although at Jesus’ death they were dejected and fearful, they were soon dramatically different: They risked their lives repeatedly to preach about Jesus. Even Christians in the second and third centuries (as well as many today) put their lives on the line to preach about Jesus. People sometimes give their lives for erroneous ideas — but only if they think they are true. People do not put their lives on the line for things they don’t believe. The disciples never wavered in their belief in Jesus’ resurrection. None of them ever changed their story under the pain of persecution. Even agnostic historians can admit that the disciples believed that Jesus had been resurrected.

Now we can consider how dozens of disciples could come to such a conviction. Perhaps the first possibility we could consider is that Jesus didn’t really die. Perhaps it wasn’t really him on the cross. Maybe Judas led the soldiers to the wrong man, or a substitution was somehow made at the last minute (as some Muslims believe). Is it possible that all the male and female disciples were in such a state of shock that they did not recognize the substitute on the cross? Was it then a coincidence that the tomb was empty, and the disciples thought he had reappeared? All this stretches the imagination so much that this is not seriously considered.

How did people respond to the claims that Jesus had been resurrected? The initial reaction for almost everyone (including the disciples themselves) was probably “That’s preposterous.” A more serious response is reported in Matthew 28:11-15:

While [the disciples] were going, some of the guard went into the city and told the chief priests everything that had happened. After the priests had assembled with the elders, they devised a plan to give a large sum of money to the soldiers, telling them, “You must say, ‘His disciples came by night and stole him away while we were asleep.’ If this comes to the governor’s ears, we will satisfy him and keep you out of trouble.” So they took the money and did as they were directed. And this story is still told among the Jews to this day.

Some critics believe that this story was invented by Matthew, but the story is too complex for that. It shows several levels in the argument. It reports not just a distant memory, but a fact that could be verified when it was written: un­believing Jews were claiming that the disciples stole Jesus’ body while the guard slept. Matthew probably included this passage in his Gospel to respond to such a claim, and he probably considered it as the claim most worth refuting. The unbelieving Jews apparently agreed that Jesus’ tomb was empty; they made no allegations that Jesus was buried elsewhere, or that the disciples went to the wrong tomb.

To reconstruct the argument:

The argument assumes that in Matthew’s day, the unbelieving Jews talked of a guard at the tomb. It was the first of many attempts not just to deny the resurrection, but to explain the evidence in a different way.

Is it possible that Jesus did not die on the cross — he just went into a coma, and then later revived? Is this historically plausible? Would Roman soldiers botch a crucifixion and take down a body without noticing that the person was still alive? Would this severely injured person then be able to revive, unwrap his own grave clothes, roll away his own tombstone, and convince his disciples that he had good health? Then after 40 days he would never be seen again? No, this borders on the preposterous.

Perhaps the disciples helped Jesus revive. They rolled away the stone, unwrapped the clothes, bandaged the wounds, and told a story about getting their leader back alive out of the grave — a story that turned quickly into a tall tale about resurrection and miraculous appearances, a story that the disciples never tried to set straight. Not only is this historically implausible, it turns the disciples into frauds and deceivers — and yet, as we mentioned above, people do not give their lives for something they know is false. This does not provide a believable explanation for the rise of Christianity, rooted in the early first century in the conviction that Jesus had risen from the dead — and this faith spread first in Jerusalem, where the facts could be investigated most easily!

It is not historically likely that Jesus could have survived the crucifixion. Could the disciples have made up the resurrection? Did they steal the body, hide it somewhere, invent the story of a guard, and then preach a resurrection with conviction? This does not make sense. These fishermen did not make up the biggest lie in history, going against all the facts of life and death as they knew it, going against all religious beliefs of the day, going against Jewish and Roman authorities, risking their lives to tell the story they made up, without any of them ever betraying the conspiracy. No, these people were not sophisticated liars. Their words and deeds do not suggest any such deception. Their behavior matched their message.

We might also observe that the evidence of the empty tomb is indirect. (If it wasn’t empty, the Jewish leaders could have stopped the whole problem by producing the body.) Yet according to the Gospel stories, the empty tomb did not convince the disciples. They were convinced only when Jesus appeared, and it is on the basis of the appearances that they preached the resurrection. If they had gone to the trouble of stealing the body, surely they would have used the empty tomb as part of their evidence. But they didn’t; this tells us that they had what they thought was much better evidence: eyewitnesses of a living Jesus.

As another indirect evidence of the authenticity of their faith, we can observe that the Gospels report that women were the first eyewitnesses of the empty tomb and the risen Christ — and the testimony of women was not accepted in that culture. If the disciples were trying to make up a story, they would have invented witnesses who had more credibility. It is not likely that these fishermen would have been so subtle in creating evidence, and yet be so bold in preaching.

What about the fact that the Gospel stories vary somewhat? If this had been an enormous conspiracy, wouldn’t they ensure that the story was told in exactly the same way by everyone? The most believable explanation again is that the disciples genuinely believed Jesus to be resurrected, and each one told it the way he or she remembered it.

Now let’s consider another possibility: grave robbers (hoping for riches in the rich man’s tomb) got the guards to drink so much wine that they fell asleep; then the robbers took the body and dumped it in the desert. The guards, wanting to cover up their failure and knowing the fears of the religious leaders, made up the story of the angels and the resurrection, and were bribed to blame the disciples. Then the disciples had hallu­cinations of a risen Jesus.

Let’s consider one more idea, that the idea of resurrection was just a religious allegory (some­times described as a “myth,” meaning religious ideas expressed in allegorical stories), and Christianity made a big mistake in taking it literally for almost 2,000 years. There are several problems with this idea. First, the Gospels are not written in a mythological style. The resurrection was understood in a literal way even in the first century, when eyewitnesses of Jesus were still available to either support or refute the story. There was no time for legends to develop. The biblical writers give us history: This is what I saw. This is what it meant. They denounce the idea of myth.

The disciples were not deceived, nor were they deceivers. They just tell us what they saw, and it is clear that they believed that Jesus died and was buried and was resurrected. They believed this because they saw it with their own eyes.

When we also take into consideration the need for God to intervene in humanity to save us, and the Old Testament predictions of a suffering servant who would give his life for his people, the explanation that makes the most sense is that the disciples believed that Jesus was resurrected because Jesus appeared to them and told them he was resurrected. That is why they had such a transformation in their beliefs, and why they preached with such conviction. As Luke puts it, by looking at the evidence we “may know the certainty of the things we have been taught” (Luke 1:4).

William Lane Craig, Assessing the New Testament Evidence for the Historicity of the Resurrection of Jesus (Lewiston, NY: Edwin Mellen, 1989).

N.T. Wright, The Resurrection of the Son of God. Christian Origins and the Question of God, volume 3. (Minneapolis, MN: Fortress, 2003).