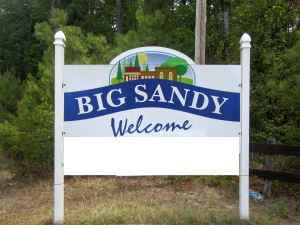 It is always a bittersweet experience to go back after several years to revisit a home you have lived in or a place where you have worked. Although I was never assigned to the Ambassador campus in Big Sandy, Texas, I knew it well. I visited often, as a guest lecturer from church headquarters to teach a few classes or as a writer and director for the church’s television department. Both my daughters were students there, and many of the staff and faculty became close friends.

So it was with some hesitation that I approached the familiar entrance on Highway 80. This was no longer “our” property, no longer connected to our church as it had been for more than four decades. It is now known as Alert College. Would they even let me in?

There was no problem. The security checkpoint was unmanned. I drove in and spent 20 minutes or so cruising the campus. Everything looked much the same. The buildings we had built 20 years ago had settled into the landscape, and there were a few new structures, the most obvious being a large climbing tower on the athletic field. The current owners have different priorities.

As I drove around, memories came flooding back. They were all memories of people, not places. The buildings, without the people who once worked, studied and played there, were just buildings. Nice buildings, but buildings all the same. They belonged to someone else; I had no business there.

Curiosity satisfied, I continued down Highway 80 toward the little town of Big Sandy. That is where our story is now. And it is a good one. When Ambassador closed its doors in 1997, the local people might have thought they had seen the last of our church. Only a small congregation continued to meet in the area, pastored from neighboring Longview.

Then in 2002, Sonny Parsons and his wife Jane asked to be transferred back to Big Sandy. They had worked on the campus, and as they were getting older, they wanted to make Big Sandy their home. Not for retirement, though. Sonny is a born mover and shaker, and his goal was to make the church once again a significant presence in this rural Texas community. Not this time as a beautiful but mysterious college on the outskirts of town, but as a lively church that would be a light and a blessing to the local community.

So the local congregation bought some property in the middle of town, renamed the congregation “New Beginnings” and true to their new name, began again. Rather than dwell on the past, the Big Sandy congregation decided to become a bright, active part of the local community.

They had invited me to their annual “Fun ‘n’ Fall” festival day, to which they invite everyone who lives in and around Big Sandy to enjoy a day of free fun and entertainment. Saturday, October 29, was a beautiful day, unseasonably warm, with clear blue skies. The church members had been preparing for several weeks, and some were on site preparing at 3:00 a.m.

The day began with an all-you-can-eat breakfast of waffles and sausage. Then there were several hours of activities: games and face painting for the children, competitions for everyone, and free hot dogs and drinks for all. Several tables were set up, laden with surplus clothing, free for the taking for anyone in need. A highlight was the BSKCAR (Big Sandy Kids) car races, in which children (and some adults) tried their skills in some gravity fueled go-karts. White Chocolate, a praise band from neighboring Longview, donated their talent to provide several hours of live music.

More than 500 people, about half of the town and surrounding community, showed up to enjoy the day with us. Especially noticeable was the number of teens and young people. These were not just day visitors, taking advantage of some free food and entertainment. Sonny explained that in addition to the regular Sunday service, which usually had an attendance of around 55 people, mainly older adults, a Wednesday night teen Bible study had up to 60 young people showing up regularly.

The Big Sandy congregation has determined to make its church a benefit to the community. They allow responsible groups to use their facilities free of charge, and something seems to be happening there every day of the week. One member is President of the local Rotary, and the club holds its meetings in our building.

From the moment he arrived, Sonny Parsons became involved in the community. He served for two years as mayor and has twice been selected as Big Sandy’s Man of the Year. He has also been President of the Ministerial Alliance. As a qualified paramedic, he continues to play a leading role in the local emergency response team.

When the University closed, many of the employees remained in the area. I was able to get together with longtime friends and colleagues, some of whom I had not seen for years. They are older now, and some are retired, but they still play an active part in church life. Melven Allen once managed Ambassador’s transportation department. Now he supervised the fleet of unpowered go-karts that have become a regular attraction at Fun n’ Fall.

Mel’s wife Ivirne was dispensing frozen yogurt from the venerable machine that had once been a popular feature of the old summer camp at Orr, Minnesota. Glenn Roberson, renowned at the University and the Orr summer camp for his culinary and baking skills, was still at work grilling hot dogs, assisted by veteran pastor Kelly Barfield. Another retired pastor, Ken Swisher, who had been instrumental in starting the original college, long before it became a university, was visiting for the day. Dr. Bill Stenger, former registrar of the University, lives nearby and is a regular preacher in the surrounding congregations.

Rick Petersen (a regular in the Young Ambassadors video series produced by the church many years ago) and his wife Lois (Weber) and their family are active in promoting teen activities. Lee Pettijohn, who was chief engineer for the television department in Pasadena, and his wife Vivian have built their dream retirement home right by the railroad—not everyone’s dream location, perhaps, but the Pettijohns are railroad buffs and enjoy sitting on their front porch watching several dozen freight trains rumble by every day.

One theme emerged as I talked with old friends and colleagues. The past is the past; what has gone is gone. It was fun and rewarding while it lasted, and we built many good memories and relationships that will last a lifetime—and beyond. However, we agreed, if only we had known then what we know now. For me, visiting Big Sandy was inevitably a nostalgia trip – a very positive one.

Maybe you never knew Big Sandy. But you have your own memories of places and people. Especially people. Never underestimate the value of these relationships. The heart of all Jesus’ saving work and teaching is about good relationships, and the gospel declares that wherever our sinfulness has damaged or broken our relationships with one another and with God, Jesus has healed and restored them in his own life and death and resurrection and ascension in our place and on our behalf.

Making and keeping friends (which is the bottom line of “love one another” and “love your neighbor as yourself”) are, and always have been, the truest “kingdom work.” How true is the old saying, “Make new friends but keep the old; one is silver and the other is gold.”

Think of it this way: Jesus is the Redeemer, and that redemption—the forgiving of sin and his making us one in himself—is for a purpose, a reason—that we might make and keep friends.

Jesus knew what we often forget: buildings inevitably crumble, and the physical things we put so much value on eventually come to nothing. But humanity is created to last forever, and not just to last forever, but to last forever together in love. The older I get, the clearer it becomes that it is the relationships we have forged and will yet forge, and that inevitably find their fullness in Christ, that matter more than anything else in this world.