Time and tide wait for no man, observes an English proverb. For most, time moves too quickly. We cannot find enough time to accomplish everything we want to do. As we grow older, time seems to fly by even faster. 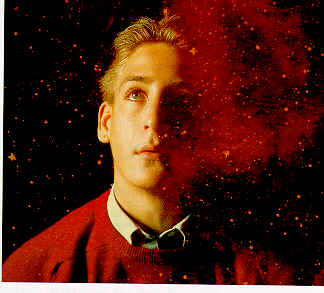 It happens every day. “It is appointed unto men once to die,” the Bible declares (Hebrews 9:27).

So what about uncompleted plans? Unfulfilled ambitions? Unrealized dreams? Will they die with us, never to be accomplished? Or are there future opportunities — somewhere beyond death?

Some people say that there is nothing after death, that this transitory physical life is all there is. Others believe that there is an afterlife, a time when people will be rewarded or punished for what they believed and did and this life.

Humans have wondered about these ideas for centuries. Few, if any, have never asked, “What next?”

The answer to this burning question is that there is a future beyond death — and what a profound and awe-inspiring future it is! What the Creator God has in store for humans is an eternity of absorbing and creative productivity! He offers us unlimited opportunities — as his immortalized children — to realize our many unrealized potentials, to embark on adventures in learning and accomplishing that we may never have dreamed were possible during our mortal lives.

What will happen to those who die? 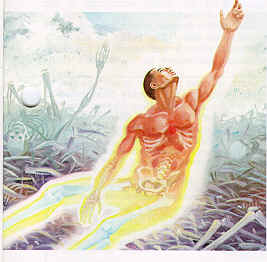 Our only hope is in a life after death. The Bible teaches that all who have ever lived will be resurrected — will stand to live again!

The apostle Paul describes this in 1 Thessalonians 4:16-17: “For the Lord himself shall descend from heaven with a shout, with the voice of the archangel, and with the trump of God: and the dead in Christ [Christians who have died throughout history] shall rise first: then we who are alive and remain [Christians still living] shall be caught up together with them in the clouds, to meet the Lord in the air: and so shall we ever be with the Lord.” When Christ returns, believers will be resurrected and changed from mortal to immortal (1 Corinthians 15:51-54). These resurrected saints will live forever as God’s children!

The rest of the dead

They will also be raised to live again. They will meet Christ, and be judged by the compassionate King. We are not given many details about this judgment, but we are assured that God will make fair and just provision for everyone, including those who never had a chance to hear the good news about salvation through Jesus Christ.

“There shall be a resurrection of the dead, both of the just and unjust,” the apostle Paul declared (Acts 24:15). A resurrection is the only hope for mankind! The Bible reveals a great future for the children of God. But how can you know what the Bible says is true, that we will live again?

How can you be sure? 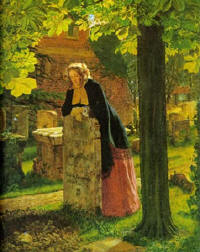 Hanging in the Tate Gallery in London is a touching painting by a mid-19th-century artist. It shows a young woman standing, deep in thought, by the grave of a dead loved one. The painting bears the title The Doubt: Can These Dry Bones Live? This question has occupied the thoughts of humans for millennia.

On a stone gravemarker near the woman’s feet lies a sprouting chestnut, symbolic of life, possibly the artist’s veiled answer to the question posed by the painting’s title. On the gravemarker is carved a simple but confident Latin inscription: Resurgam — “I shall rise again!” A powerful statement, that! But how can you be sure?

Anciently, God’s servant Job asked, “If a man dies, will he live again?” (Job 14:14). Job knew the answer: “All the days of my hard service I will wait for my renewal to come. You will call and I will answer you” (verses 14-15). Job knew there would come a time when God would call him from the grave and give him eternal life. “I know that my Redeemer lives,” Job declared, “and that in the end he will stand upon the earth. And after my skin has been destroyed, yet in my flesh I will see God” (Job 19:25-26).

Why was Job so confident? Read it again: “I know that my Redeemer lives”!

We can know that there will be a resurrection to immortality by the fact that, in one case, it has already happened. And the very one resurrected — Jesus Christ — will be the means to our resurrection. Christ’s resurrection was a type or forerunner of the resurrection God promises to all who accept the salvation he offers. The apostle Paul was inspired to write: “If the Spirit of him who raised Jesus from the dead is living in you, he who raised Christ from the dead will also give life to your mortal bodies through his Spirit, who lives in you” (Romans 8:11).

Jesus Christ guarantees it! Notice what he says in John 11:25-26: “I am the resurrection and the life. He who believes in me will live, even though he dies; and whoever lives and believes in me will never die.” Jesus was the “firstborn among many brothers” (Romans 8:29), the “firstborn from the dead” (Colossians 1:18), “the firstfruits of those who have fallen asleep” (1 Corinthians 15:20). These verses imply that others are destined to follow him.

One final but supremely important point remains. Some critics have alleged that Jesus’ resurrection is a fable or fabrication, with no basis in fact. This is a serious allegation. Notice in 1 Corinthians 15:17-18 that everything hinges on the reality of Jesus’ resurrection: “If Christ has not been raised, your faith is futile [meaningless or empty]; you are still in your sins. Then those also who have fallen asleep in Christ are lost.”

If Jesus did not rise from the dead, we are without hope! But Jesus did rise from the grave! The crucifixion of Jesus was not behind closed doors. His death was witnessed by hundreds. It is mentioned not only in the scriptural accounts, but in secular records as well.

Likewise, Jesus’ resurrection is attested to by hundreds of eyewitnesses who saw him after he was raised. Some even ate and drank with him and talked with him at length! The apostle Paul states: “God raised him from the dead: and he was seen many days of them which came up with him from Galilee to Jerusalem, who are his witnesses unto the people” (Acts 13:30-31).

In 1 Corinthians 15:4-8, Paul elaborates: “He was buried, and three days later he was raised to life, as the Scriptures say. Christ appeared to Peter, then to the twelve. After this, he appeared to more than five hundred other followers. Most of them are still alive, but some have died. He also appeared to James, and then to all of the apostles. Finally, he appeared to me, even though I am like someone who was born at the wrong time” (CEV).

As Luke summarizes in Acts 1:3: “To whom [the apostles] also he showed himself alive after his passion by many infallible proofs, being seen of them forty days, and speaking of the things pertaining to the kingdom of God.” People are not willing to die for ideas they know to be false! The belief of the early Christian church was absolute, based on personal testimony or eyewitness testimony. [Click here for more evidence of Jesus’ resurrection.]

Jesus did rise from the dead! And that is good news for us, too, since he will “change our vile body, that it may be fashioned like unto his glorious body” (Philippians 3:21). This is our wonderful destiny, if we accept it!

As resurrected, glorified, immortal children of God, we will “inherit all things” (Revelation 21:7) and will “reign for ever and ever” (Revelation 22:5). The words of Hebrews 2:8 will at last come to pass: “You have put all things in subjection under his [humanity’s] feet….” This is the wonderful, comforting future that is offered to each of us. What will you do about it?