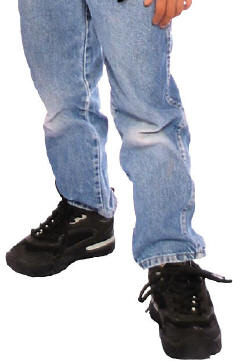 My wife and I moved to the Great Lakes area of the Mid-West eight years ago to pastor two small churches. I was convinced that I would serve those congregations until I retired, many years in the future.

But when I was 50, I was diagnosed with Parkinson’s disease. I knew that meant I would have to give up the pastorate one day, but I still thought of that day as way off in the future. Last December the future arrived.

I was not ready. “I can still contribute,” I pleaded with God, but to no avail. As I write, I realize that I am no longer healthy enough to even keep up with my two congregations, much less lead them. Living with this disease, which progresses daily in its relentless drive to strip me of my ability to feed myself, walk and care for myself was bad enough. But stepping back and letting others take over has and will continue to be the most difficult thing I have faced in my life.

The last few months of 2005 were the darkest months I have ever experienced. I found myself wishing that I could just go to sleep and wake up in the presence of the Lord. However, now that I have had some time to think and reflect, I realize that those few months were the most productive months of my life and of my ministry.

I was asking God for a miracle, and a small one at that. After all, I only needed about 350,000 dopamine- producing brain cells and everything would be normal again. Oh, how I desired to be well once more. To smell and taste my food again. To walk without falling. To climb my stairs upright instead of on all fours. I prayed and I prayed, but I was continually drawn back to Paul’s answer concerning his thorn in the flesh: “My grace is sufficient for you” (2 Corinthians 12:9). Finally I knew that God was not going to heal me.

I was disappointed, but not with God. He has paid the price to do whatever he wishes with my life. But I was disappointed that sometime in the near future I would have to give up the work I love so much.

In the blackness of those weeks that stretched into months, God sent me a miracle that I almost did not see. In fact I am convinced that I never would have noticed it at all if I had not been sick. We have a young man in our congregation who attends with his sister. Let’s call him “Kenny.”

It would have been easy to overlook Kenny if I had been my usual “high gear all the time” self. But when God slowed me down, I began to notice this eight-year-old boy, who attended with his sister. Kenny’s parents, although they did not attend themselves, were very supportive of him and his sister doing so. With his shirt half tucked in and half hanging out of his well-worn jeans, Kenny seemed like a normal, active eight-year-old. His hair was often uncombed, but he always had a huge smile on his face and was often trying to help someone.

Before my Parkinson’s disease had progressed so far, I would never have noticed young Kenny. But, forced to the sidelines myself, I watched as he tried to get the attention of the men in our congregation. But you know how it is—they were just too busy to give him more than a few polite sentences of conversation before moving on to more pressing tasks. Once in a while I saw the disappointment in his eyes, but it was quickly replaced by a smile as he spied another person.

I must admit that in my own pool of self-pity, I did nothing but watch this for several weeks. But one day the Lord brought us together. It was not on my volition (as it should have been) but because Kenny was excited about what he had learned in Sunday school. Since I was the only one in the room at the time, he came charging up to me.

His exuberance about an Abraham lesson was contagious. We talked for several minutes, and then it was time to go in for worship services. When I stood, Kenny asked me if he could help me. It broke my heart to realize that here I was thinking that God was really losing a good one if he let me go, and he sent an eight-year-old to minister to me. Kenny walked with me to my place, talking the whole time, and when I was seated he took a seat two rows behind me. After I preached he came up and asked if he could walk with me as I made my way slowly to the chair by the door where I sat to greet each person after services.

Kenny asked if he could carry my Bible, and he then offered to return the microphone to the sound table to save me a few steps. When he returned, he saw that I was not singing and must have figured that it was because I could not see the words projected on the wall. So he went and got a song book, found the right page and brought it to me. Even though I had not been singing because my voice was worn out from preaching, his kindness and his smile brought a song to my lips. As we sang, he stood beside me, singing and patting my shoulder with his small hand.

Now Kenny and I are close friends, and he rushes to see me when I arrive and makes sure he is around when I leave so he can walk me to my car. A few weeks ago he said to me, “I love you, Pastor.” He beamed from ear to ear when I told him that I loved him too, and that Jesus loved him even more. One Sunday we all shared the Lord’s Supper. Before Kenny could eat his bread and drink his juice, he came over to me and asked, “Pastor, will you teach me how to be a pastor and a preacher for Jesus? When I grow up I want to be just like you.”

It struck me then that the Lord will do just fine with or without me, because he is planting a fire of exuberance in the hearts of hundreds, maybe thousands, of Kennys all throughout his Body. Maybe there’s one in your church.

Whenever I think of Kenny, or tell the story of his ministry to me, a minister who needed to be ministered to, I smile a huge smile, like Kenny’s, with tears in my eyes.

I would ask you to join me as I thank God for the miracle in torn blue jeans that he has brought into my life. He has shown me that if all I ever did was pour whatever I can into young Kenny, this would be a significant and meaningful ministry. The Lord’s church is in good hands—his own.