A mark of maturity is the ability to admit your mistakes and grow from them.

When we are young, the most natural way to learn is through trial and error. On my way to becoming the person I am now, I have had to destroy some of the old, unhealthy ways of thinking and acting that I had previously embraced. One of the turning points in my growth as a person was when I ran for ASB (associated student body) president.

Last year, as a junior, I participated in student government. I loved every minute of it. I learned a lot about how my school, and how government, in general, works. I made friends with new people and I felt like I really had a voice in decisions that were made about my school.

The responsibilities even of my low-profile job (I was the elections commissioner) made me feel important and useful to my educational community. I found myself admiring and envying our then-current ASB president, who became a good friend of mine. More and more, I began to think I could do his job; indeed, I began to believe I should be the one to do it next.

Despite all of the positive effects that student government had on me, it also encouraged some of my less attractive traits. Along with my newfound confidence, came pride and even arrogance. I became convinced that I was obviously the best and only logical choice for ASB president for the next school year.

I was condescending toward many of my friends, suggesting that they run for office so that they could be on my cabinet. I allowed others to convince me that the job was as good as mine. I figured all I would have to do was run for the job and I would have it. 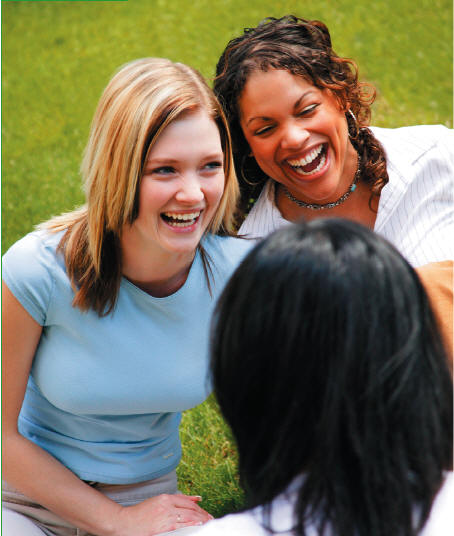 Since I was the elections commissioner, I thought I would have the inside track on winning my election. I figured word would have gotten around that I was running, so I wouldn’t have to fear any competition.

Imagine my surprise when I noticed not just one, but two other competitors for the office. One of my opponents was a close friend; the other was the captain of the cheerleading squad.

The news that the cheerleading captain was running against me did little more than annoy me, but I couldn’t believe that such a close friend would dare challenge me for something she knew I wanted so much.

We three campaigned hard against each other. The cheerleader had amazing posters. My so-called friend had a buddy of hers dress up in a banana suit and canvass the campus for votes. And I had an army of my friends passing out sashes and candy to the students. I spent hours thinking up new strategies and looking for loopholes in the campaigning rules to gain an advantage.

At last came the moment of truth on the election days. They were busy days for me, to say the least.

As elections commissioner, it was my job to call the winner for each office the night the election ended. I was beyond shocked when I looked down at the list of winners; everyone I had told to run for office won, except me.

They say grief comes in stages: shock, denial, anger, bargaining and acceptance. I went through every one of these stages after learning that I hadn’t won. I couldn’t believe that I had lost something I cared so much about.

When I had finally come to terms with not winning, I drew some pretty important conclusions about my life and myself. I learned not to underestimate other people. I learned that I would not always get what I wanted; sometimes I would lose, even if it were something I really worked for.

I also learned not to count my chickens before they hatched, so to speak. (In other words, not to invest emotionally in something before I had it.)

I came to the realization that not getting something I wanted didn’t mean that life was over. Instead of being student body president this year, I had the opportunity to join my school newspaper.

The most important thing I learned from the experience was that my personal worth does not depend on how many things I win or how many awards I receive. With that discovery came the knowledge that since my self- worth was not dependent on my accomplishments, I should not base the value of others on their accomplishments, either.

It became apparent to me how supercilious and bigheaded I had become, believing that only I could do the job justice. My mistake was not that I ran for office, the mistake was overrating myself and my importance. Losing that election was one of the most painful, important and revealing events in my life.